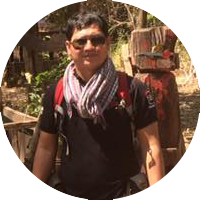 Hi, my name is Bunrith and I was born in Kampong Khleang Village which is located near the Tonle Sap lake in the Province of Siem Reap, Angkor. I graduated from high school in 1996 and immediately started work as an English teacher, teaching English from 1996 to 1998.

In 1997 – 1998, I worked for the National Election Committee and helped to oversee the general election in Cambodia at this time.

In 1999, I graduated as a tour guide and have been working as an English speaking tour guide ever since. in the early part of the millenium, I started to learn German and I have been offering tours in German since 2006.

My interests and hobbies include reading and researching, especially about Angkor Wat and Cambodian history. I also enjoy watching and playing sport, especially Kick Boxing. 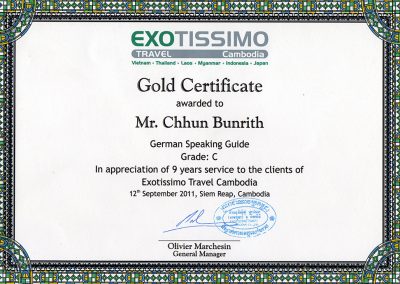 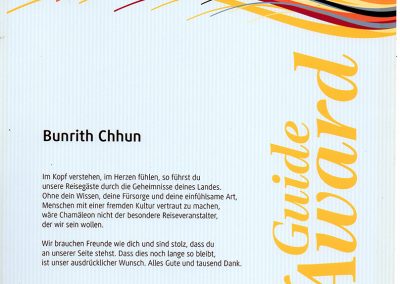 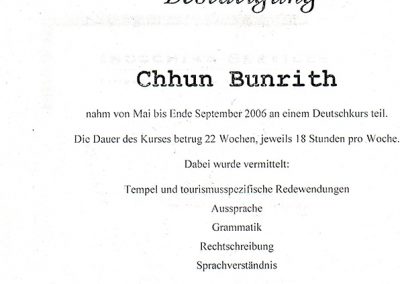 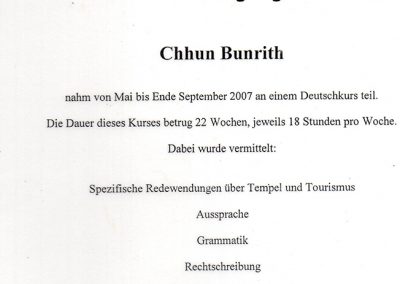