Trek through one of the most sacred spots in Cambodia. The place which start the great Khmer Empire. 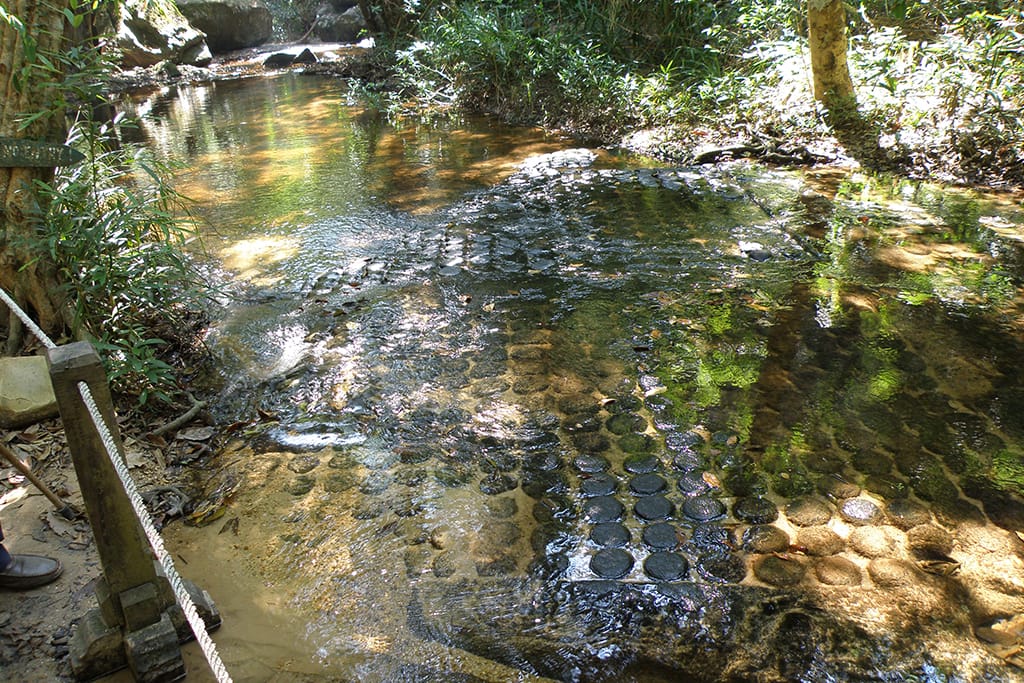 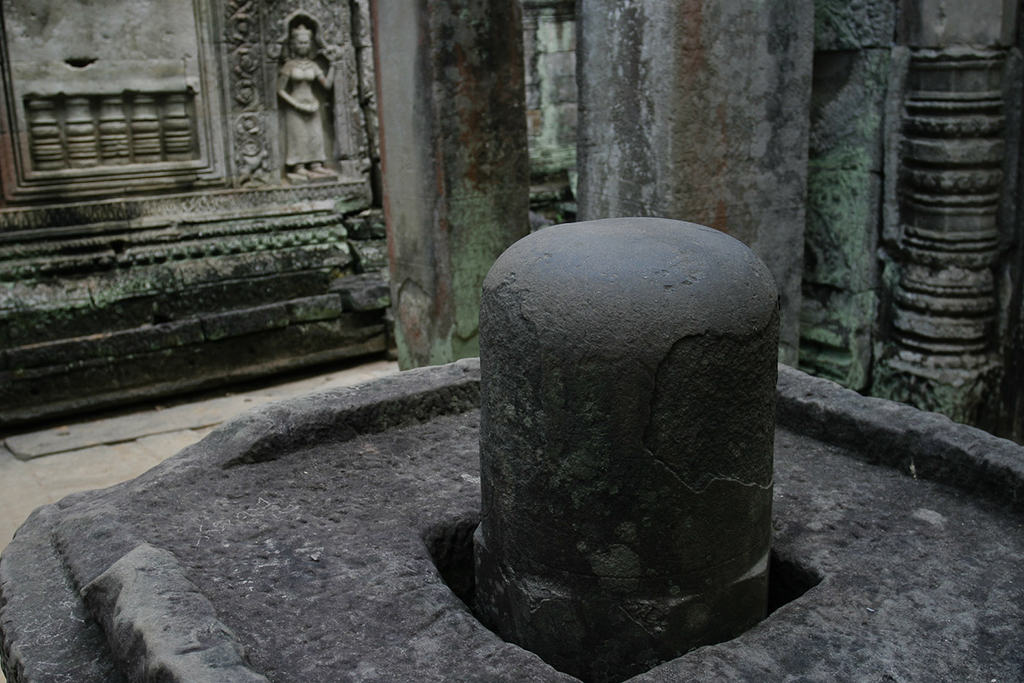 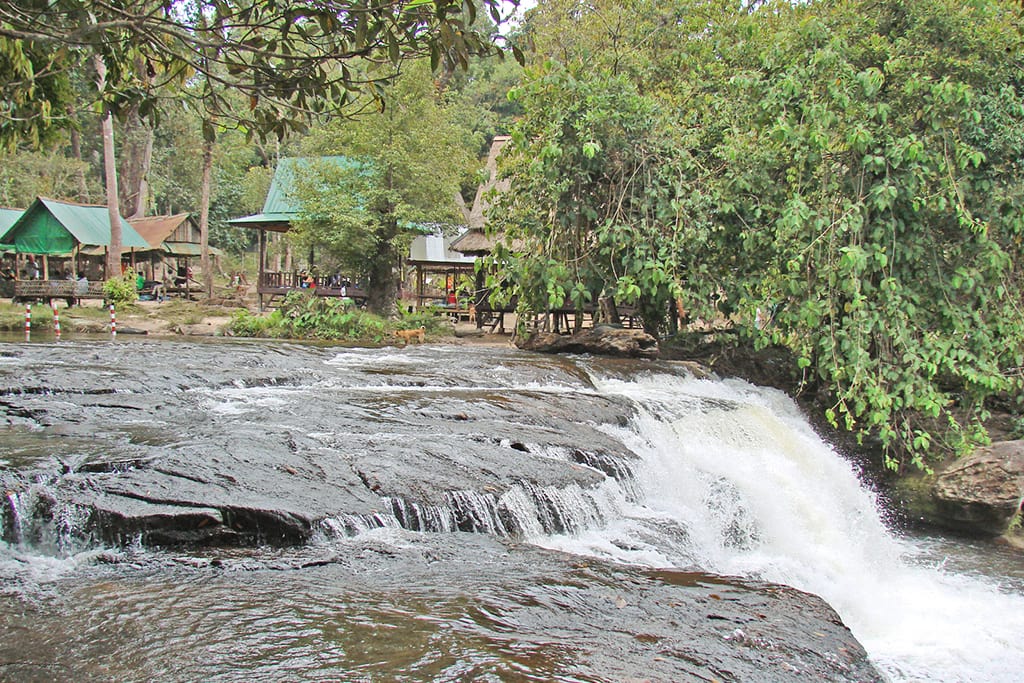 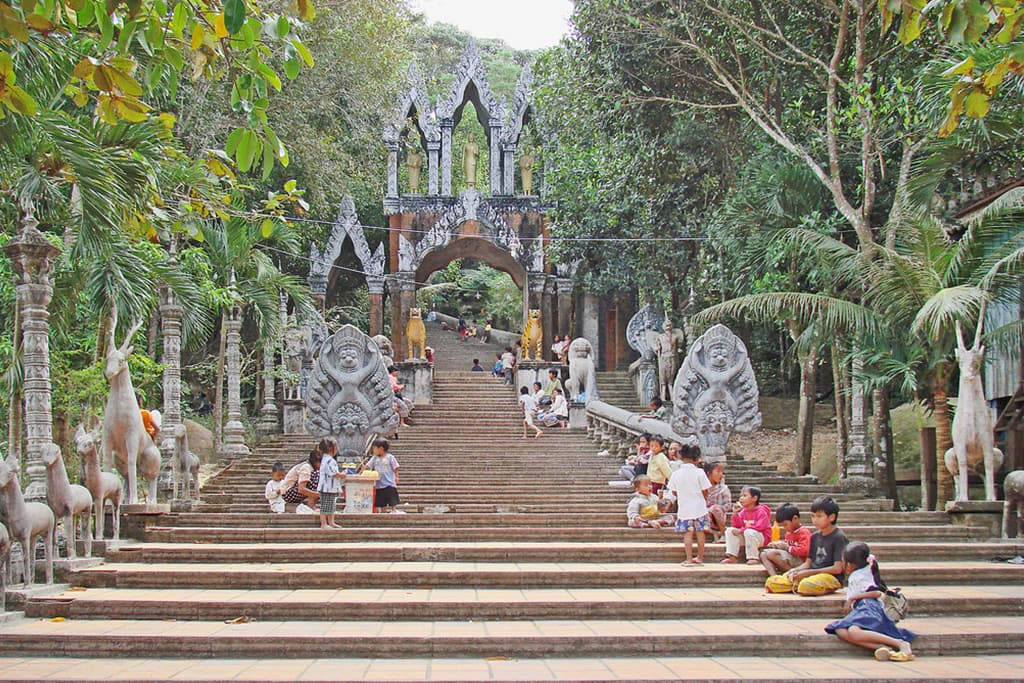 We start this tour with a two hour drive to Phnom Kulen National park, which is located about 48km north of Siem Reap town. Phnom Kulen (mountain of the lychees) is an isolated chain of mountains around 480 meters high at its highest peak and averaging 400 across the range. Phnom Kulen has great importance for the Khmer People, as it is said that King  Jayavarman II declared himself the king of kings (chakravartin) on this sacred mountain proclaiming Cambodia’s independence from Java in the year 802 AD. It was this act which is the foundation of the Khmer Empire.

Once we have arrived, we will make our way up the mountain to Kbal Spean, home to “The River of a Thousand Lingas”. This important site is deep in the jungle and consists of intricately carved stone formations in the riverbed and banks. The carvings are mostly Hindu in nature and are dedicated to the Hindu god Shiva.

We will now continue our trek further up the mountain to Preah Ang Thom. After climbing the steep steps to the top we will discover a Pagoda which houses a giant 8-meter-high statue of Buddha, known as the “Reclining Buddha”. The Reclining Buddha statue is the biggest of its kind in Cambodia, and this holy and sacred statue attracts many religious pilgrims from all over the country.

After a hard morning trekking, we will now visit one of the main attractions in Phnom Kulen, the beautiful waterfalls. Here we can relax from the midday sun with a swim in the river and a spot of lunch on the riverbanks. There is also a picnic area for those who choose not to swim.

After relaxing we will continue the trek to Preah Kral here we will see another fascinating pagoda. After exploring this little pagoda, we head off the beaten track to Porng Damrei, also known Elephant Pond or Elephant statue. This area, which is only accessible by foot, is filled with stone carvings of various animals such as lions and elephants.

After a hard days trekking we now head back to Siem Reap and your hotel.